Update on Sam & Me

It's been a long time since I've checked in with everyone.  Sorry for that.  As many of you know, my grandmother, who I was very close to, was killed insider her own home on March 31st.  She has a cameo in the film, and was always interested to get updates.  The film will be dedicated to her, and in all likelihood, to the sibling of another actor in our film who lost his young life. 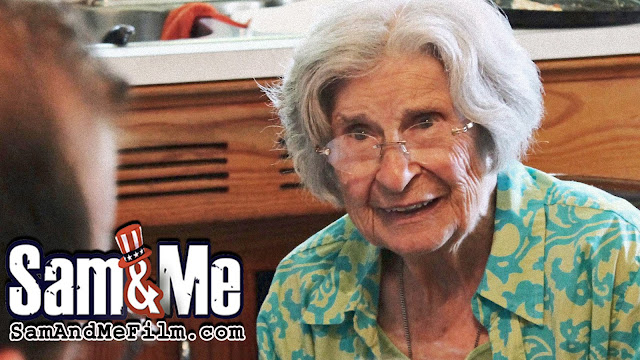 My grandmother was SO COOL.  I remember watching SNL at her house when I was a kid.  She gave my buddies and me beer money when we visited.  Her favorite comedians were Lewis Black and Ron White.  And yet she was DEEPLY spiritual.  She loved everyone, and I mean everyone.  The childhood friends of my sister and I became her friends.  She would always ask, by name, how our friends were doing.  Her profound faith in a great, big loving God has rubbed off on her daughters (my mom and aunt), and also on her grandchildren.

So when you're not backed up by a staff of hundreds and a budget of millions, life does have a way of getting in the way of things in an amplified manner.

The post-production has taken much longer than I could have imagined, but we're going to get there, and it's going to be at least as great as the vision I have in my head for this project.  Our film was based on exploring principles, not personalities.  So though it was written two years ago, there are no dated references to people.

We have received cuts 1 and 2 from our editors in Los Angeles, and the creative process of "iron sharpening iron" will end up with the best possible piece of art I could have conceived of.

I'll check back in soon.